Written by Stacey Daigle
Updated over a week ago

Students take an assessment that includes reading tasks such as saying letter sounds and reading a passage. Many kindergarten students (and some students in other grade levels) will attempt this assessment and receive a designation of Early Reader. Their reports and status appear differently within Amira.

Here’s what you need to know:

What does the designation of "Early Reader" mean?

Another way to think about an Early Reader is a pre-reader. Students with this designation are likely still learning letter sounds and new words. They might know a few sight words and the ability to read a common consonant-vowel-consonant (CVC) word like “mom,” but they really aren’t ready to read full texts independently.

How will I know a student is an Early Reader?

After students have completed an assessment, the Early Reader designation appears on the Tracking Report and within the student's tile on the Review Activity page.

What about data for an Early Reader?

An Early Reader will likely have a score of 7 WCPM or less. Let’s think about that: if a student is reading 7 (or fewer) words per minute, the student really isn’t reading. As such, there isn’t a lot of “reading” data for this student.

Data for the Early Reader student will appear on:

Depending upon amount of data received from the student's completed assessment, additional student data may or may not appear on the Benchmark Report or the Instructional Recommendations Report.

❗NOTE: We’ve heard the feedback that an Early Reader report would be helpful, and we are working on developing this.

So, if a student is an Early Reader (pre-reader), should the student use Amira?

YES! Students designated as Early Readers receive a set of micro-stories and practice activities to practice 1:1 correspondence, initial sounds, CVC words, and other reading skills. They don’t have data to show their growth (yet), but Amira is helping them read. The micro-stories and practice activities (which are included within what is called the Early Reader Skills Scaffold) are listed on the student's Progress Report.

When will these students get benchmark and diagnostic data on other reports?

As soon as students take an assessment (that you as the teacher assigns) and score out of the Early Reader designation to be placed into reading passages with Amira, the student data will appear on additional reports such as the Benchmark Report and the Instructional Recommendations Report.

Can I designate a student as an Early Reader?

Please note: Each time a student is designated as an Early Reader, the student will begin from the start of the Early Reader Skills Scaffold regardless of previously completed work. 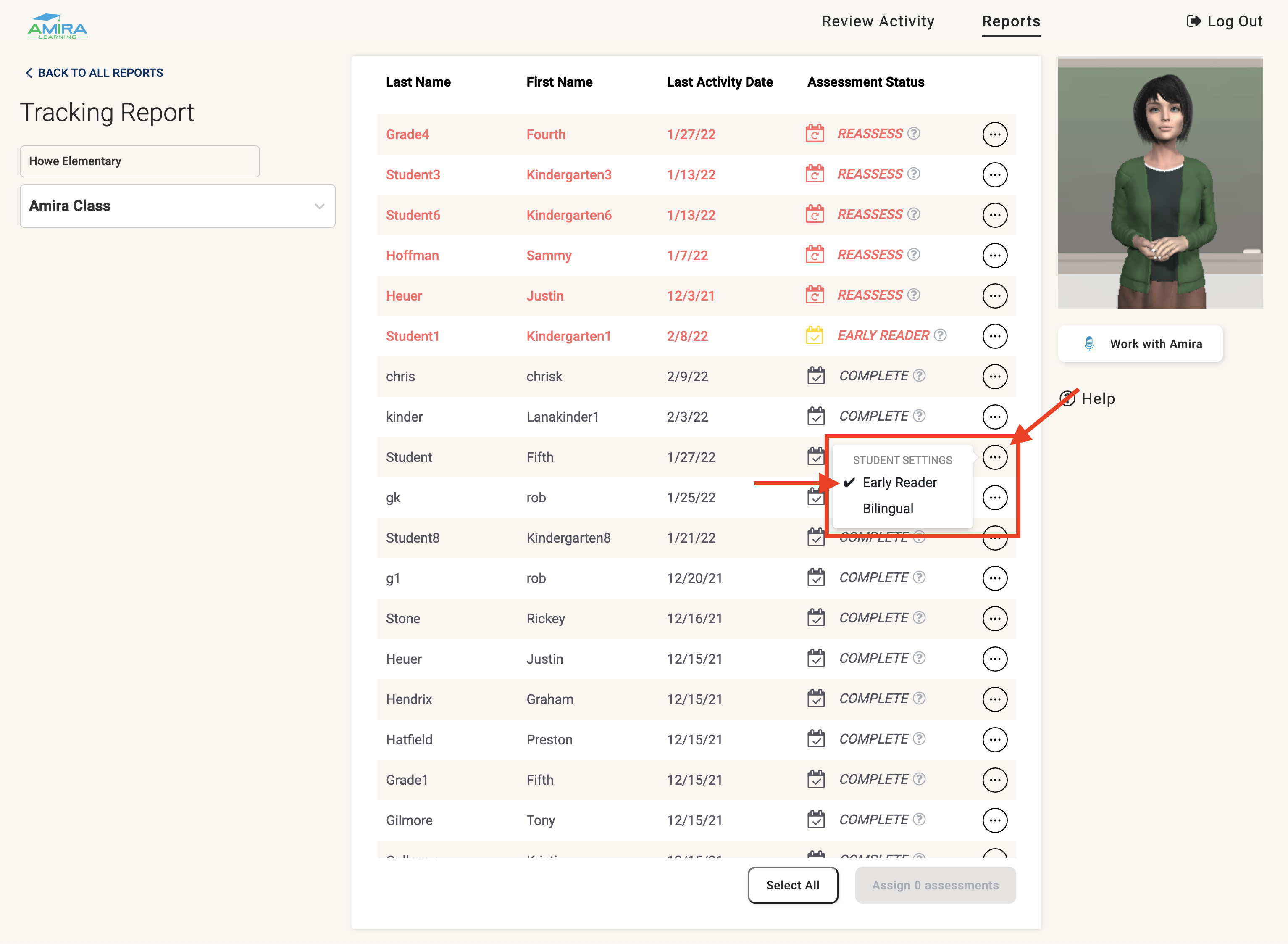