All Collections
Families
How does Amira help my child?

How does Amira help my child?

What is Amira doing to help my child learn to read?

Written by Laurie Wutzke
Updated over a week ago

Amira delivers personalized help to readers with the right intervention on the right word at the right time.

Read below to learn about a few examples of how Amira provides help. These are called micro-interventions. As a student reads, Amira provides just enough support to encourage “productive struggle.”

Amira shows a word with an image that depicts the word and says the definition to build vocabulary and support understanding.

Amira shows a word and then shows a video of an adult’s lips pronouncing the sounds (phonemes) of a word. The student sees and hears a model of how to say the sounds, to blend the sounds together aloud, and then say the whole word. 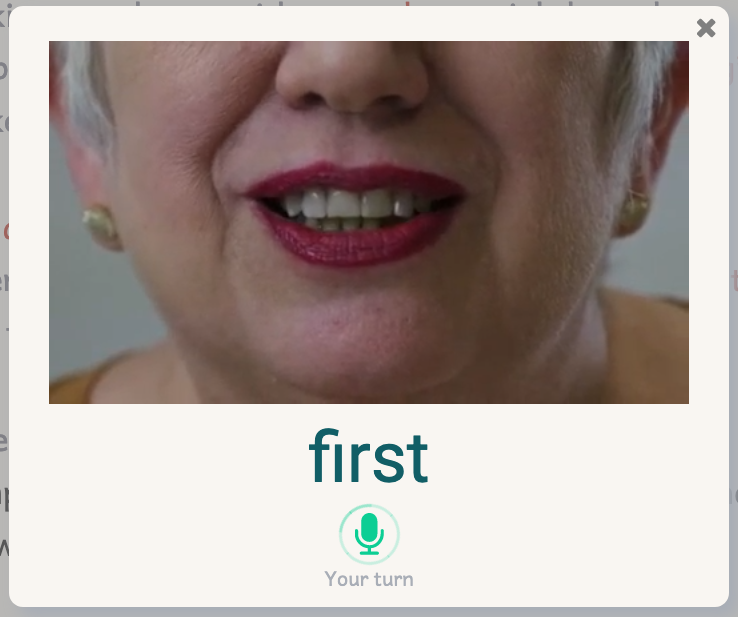 Amira shows a word and then a video of an adult’s lips pronouncing the word. The student sees and hears a model of how to say the word by word part (syllable) and as a whole word. 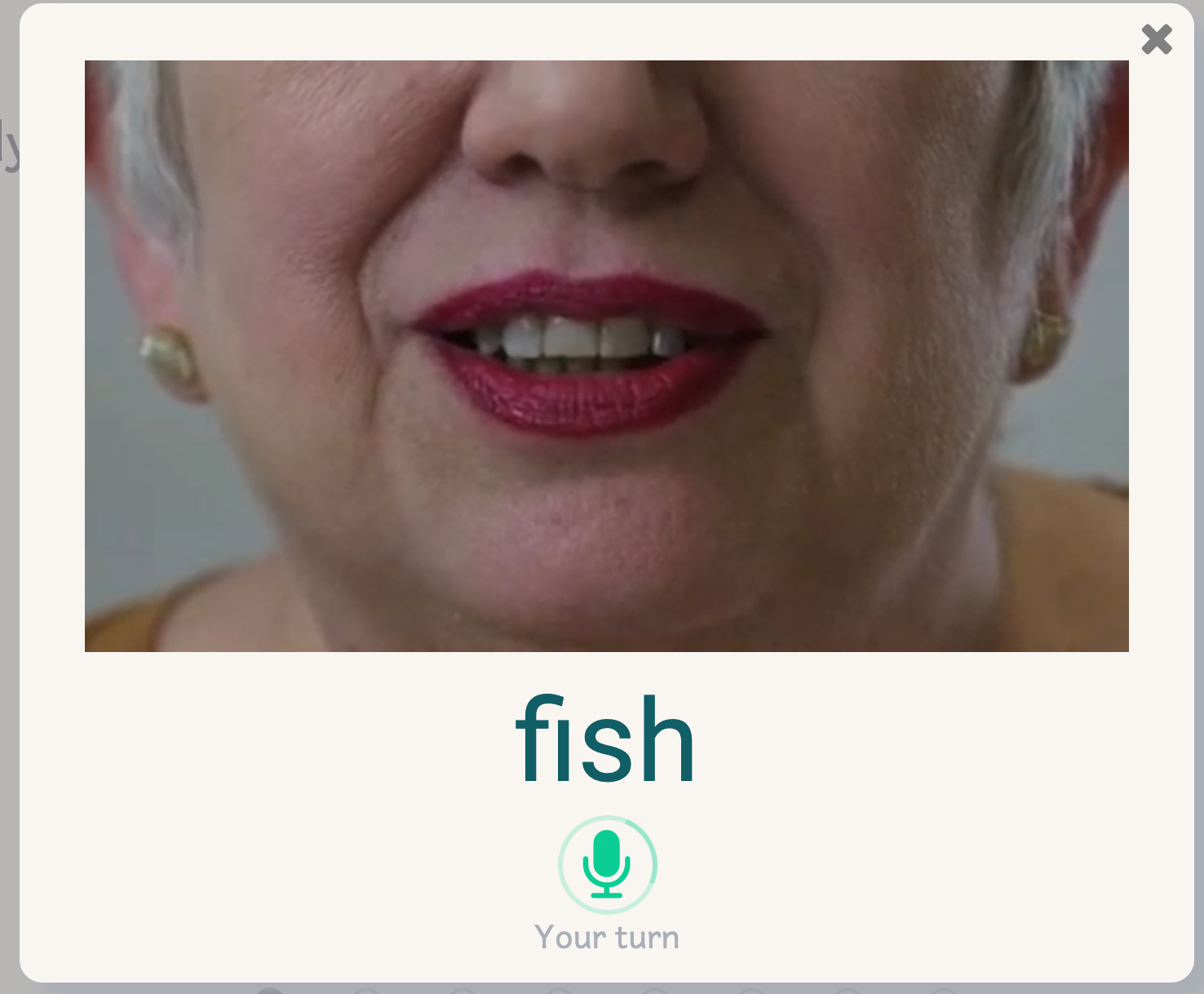 Amira provides a rhyming word to reinforce a word pattern/association and encourages the student to continue reading.

Amira shows an Elkonin box (with spaces for each sound of a word) with red circles beneath each box. As students move each circle into the box above the circle, audio is produced for the sounds so that the student can make the connection between the word and the individual sounds that make up the word. 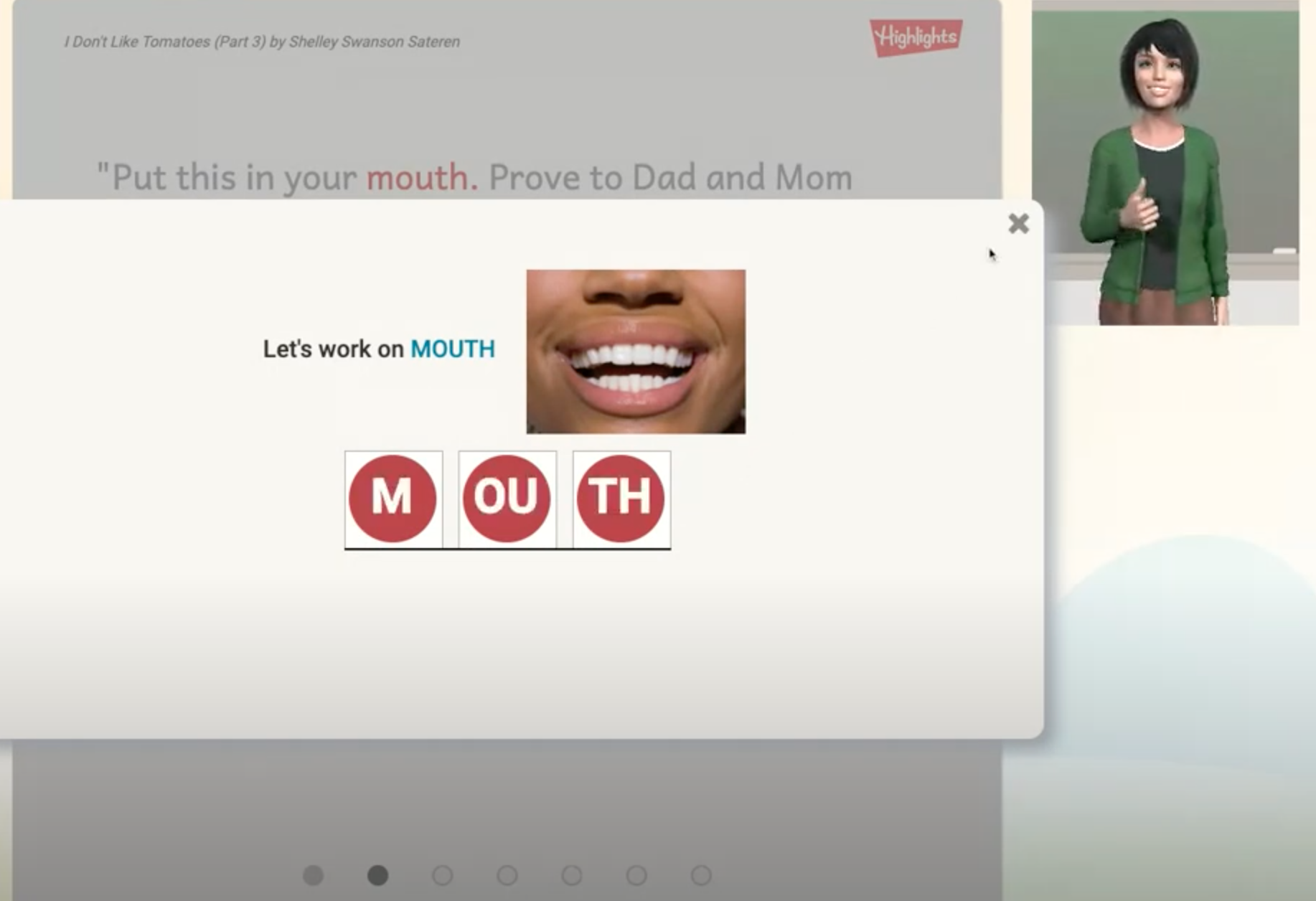 Amira shows a word, identifies the number of the letters and sounds, asks the student to sound out the word, and then says the word - sound by sound so that the student can hear the sounds to orally blend.

Amira shows a word with the number of letters and sounds as well as spells out the word to help the student make the connection between the spelling and pronunciation.

‍Amira provides a flashcard exercise for Dolch Words and key high frequency words. Amira says the word, asks the student to say the word three times, and flashes the word for repetition.

Amira asks questions during some stories. She will prompt if an incorrect answer is selected and eventually guide the student to the correct answer if a mistake is made. 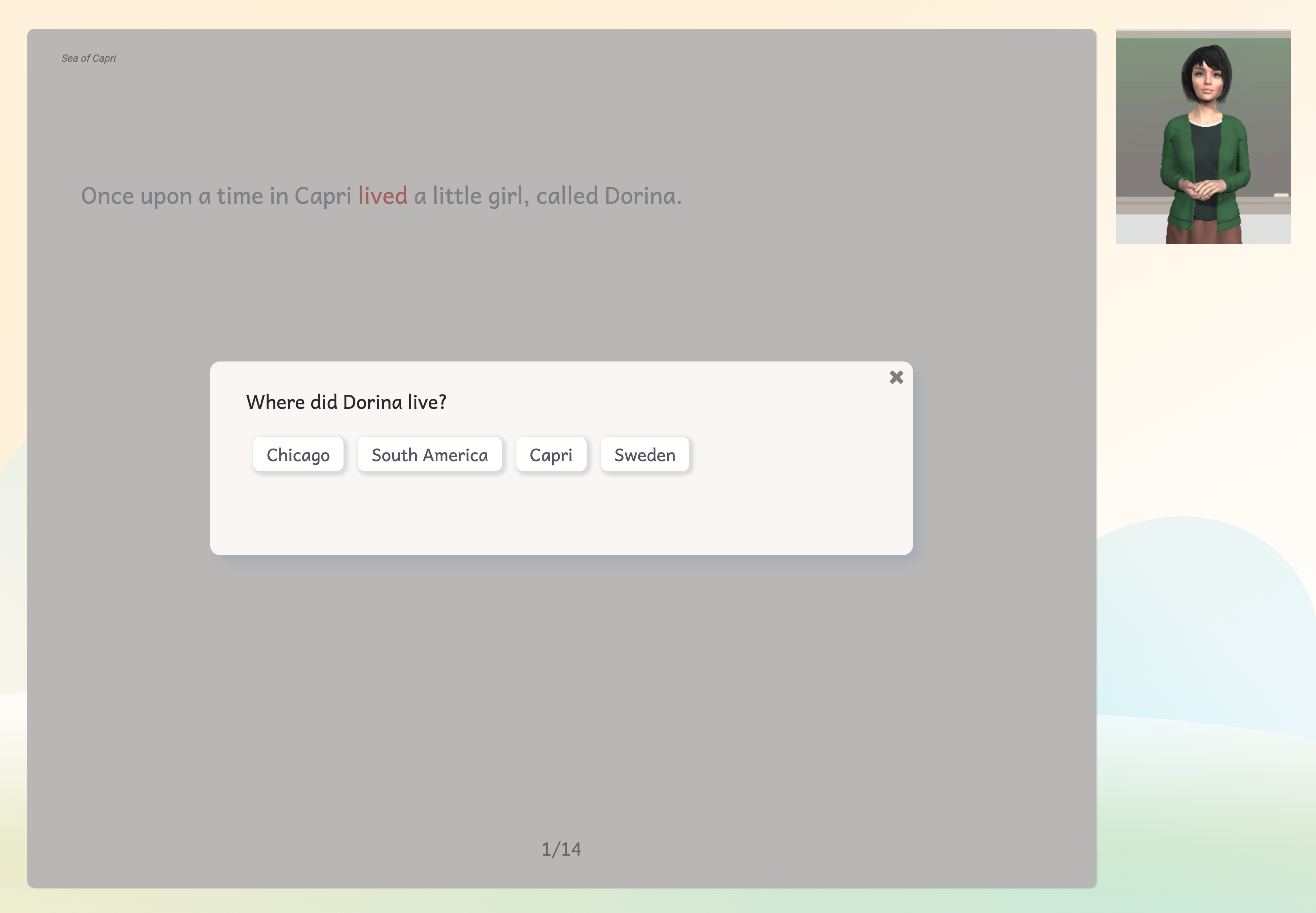 If a student cannot get through the first two phrases of a story, Amira will step in and read phrases in an echo format. She will read a phrase, and the student will read the phrase aloud. After four phrases, Amira will invite the student to continue reading independently. Watch the video below for an example of this intervention.

Observe your child with Amira and notice the types of mistakes made. Notice how Amira varies the support and try incorporating some of her tips when you read books with your child or encounter new words in your environment. Your child’s teacher is also a great resource for extending these connections into the ongoing learning.